Why We Need to Be Inspired to Ride Well

“Being coached” and “being a coach” are two of the topics examined in Eric Smiley’s new book TWO BRAINS, ONE AIM. “The aim of this book is twofold,” Eric says. “Firstly, to improve the relationship between coach (in all its guises) and rider and horse; in other words, help the rider learn how to learn, as well as guide those who help others in an instructional capacity make the way they communicate clearer. Secondly, to give those who do not have regular tutelage techniques and practical exercises to help develop riding and training skills.”

We at TSB know Eric best as a riding coach, clinician, instructor, and mentor, but we got to wondering about Eric’s own experiences as a student. Did he have a coach who influenced him in profound ways? How had he learned his craft through the years? Who did he credit for his equestrian successes? Eric was kind enough to share answers to these questions and more:

Being asked to share the story of my “best coach” has ended up becoming a reflection on who I have become and why. Trying to separate horse from person has become impossible. Surely in true horsemen and women the two become inseparable as we live our lives for and because of “the horse.”

Some of our greatest experiences in life are horse-related. Some of our moral dilemmas that have shaped us as people have their origins in equine situations. So for me to separate horse from person or to identify an individual coach is impossible.

Sport coaches are defined as follows:

Sport coaches assist athletes in developing to their full potential. They are responsible for training athletes in a sport by analyzing their performances, instructing in relevant skills, and by providing encouragement. But they are also responsible for the guidance of the athlete in life and their chosen sport. 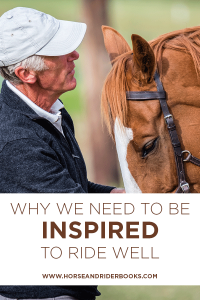 As a child I used to watch my father come home from a stressful and exhausting day as a consultant thoracic surgeon. None of his surgeries were normal—all were life-threatening and in the midst of the Northern Ireland troubles. I would watch him go to the stables on his way from the car to our house. He would spend some time in the company of his beloved hunter “Bob.” By the time he arrived in the house and joined our family, a semblance of peace had returned to his overstressed mind.

Non-commissioned officers in the army have a tendency to be direct and explicit when getting things done. There is little ambiguity or doubt in the minds of those who are at the receiving end of the order. I used to watch Ben Jones ride his army remount horse “Custer.” At the time he had been promoted from Sergeant  to Captain to Chief Instructor at Melton Mowbray. He had previously been an Olympic Rider. I was doing a six-week riding course there. Ben Jones was direct with us and his horses. Always fair, but clear what was required. I watched him school Custer on the flat and over jumps, the clarity of where responsibility lay was clear for all to see. I was left with a certainty of “be clear and fair, but make it happen.”

“Now, Eric , what’s your question?” Mrs. Sivewright would ask at the beginning of every riding lesson. After an embarrassing first lesson (no one had told me to be prepared), I made sure I had a question ready to ask at subsequent sessions. This sparked my curiosity forevermore. This was at the beginning of my formative nine months at the Talland School of Equitation as I embarked on my chosen career with horses. My curiosity has continued to make me look and listen to any coaching of any sport that I can and then think about how they are going about fulfilling the definition I shared above and what I can learn about about their method and delivery. 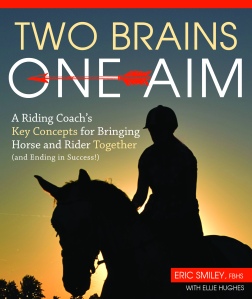 “Enterprise” was not an easy horse. Maybe that was why he was cheap and not really wanted by his previous owner! He was, however, very talented but very misunderstood. I was asked if I would like a lesson with Dr. Reiner Klimke on one of his rare visits to Ireland. What a revelation that turned out to be. Day One was disastrous. Enterprise was SO spooky as to not go anywhere near corners , doors, mirrors, spectators, or Dr. Klimke. Day Two was unbelievably wonderful. With quiet, skillful instruction, Dr. Klimke got into the mind of Enterprise and assured him that it was okay. The work was beyond the expectation of anyone present, especially me. I learned to seek excellence and to be creative in doing so.

The joy of living in Ireland is the people one meets and gets to know. While being part of a team setting up a coaching structure in Ireland, I got to know someone called Liam Moggan. At the time he was one of the lecturers at the Sport Coach Development Department of Limerick University. I listened, watched, and was in awe of his unerring positivity and communication skills, and his humanity. It was impossible not to come away from every encounter enriched as a person.

As you read this you will begin to see that I have not talked much about many riding instructors that have influenced me. At the ripe old age of (??) I believe that most people today will have had more lessons by the age of twenty than I have had in my whole life. Yes, I have been in clinics, and I have learned from those instructors. But my interest has been largely self-taught. I loved the book The Talent Code by Daniel Coyle. It poses the “nature/nurture” question of talent, but it also gives a method of achievement. Much resonated with how I saw coaching and had been plying my trade for many years. It gives one huge encouragement in what your doing when you read such a well accepted book, saying much the same.

However, none of all this really has much meaning or practical use unless we are inspired in some way to make it happen. Inspiration comes from many sources. I would implore you to watch a TED talk given by Dame Ellen MacArthur in 2015 (CLICK HERE).

I’m not making any political statement by recommending it, but listening to her it is impossible not to be inspired.

Eric Smiley’s book TWO BRAINS, ONE AIM is available now from the TSB online bookstore, where shipping in the US is FREE.

Trafalgar Square Books, the leading publisher of equestrian books and videos, is a small business based on a farm in rural Vermont.