Last year we shared the best “Santa, Please Bring Me a Pony” Christmas videos (CLICK HERE), and in further support of the More Ponies = More Happiness Movement (there are a still a few shopping days left!), here’s FEI/USEF Dressage Judge Anne Gribbons’ pro-pony take on how to improve US dressage on the international scene in the years ahead (read more from Anne in her fabulously fun book COLLECTIVE REMARKS):

The most confounding subject in US dressage is the fact that we have no “pony culture.” I have harped on this subject for years, but the absence of ponies that are ridden and shown in dressage is still a huge hole in our system. As with the lack of public riding schools, it hurts the very roots of our growth.

Kids and ponies belong together; they foster each other, and every child who likes riding ought to be brought up by a pony. They are very good at putting a kid in his or her place without being as large and potentially dangerous as horses, and the whole family can get involved with the “pony scene” at an early stage.

Parents who have “pony kids” are already educated and on board with the equine scene when the time comes for the Junior and Young Rider divisions. When it’s time to move to a horse, they aren’t stunned at the idea of having an equine in the family; it’s just a natural progression. There aren’t enough opportunities available for ponies to shine at our shows, and there aren’t enough ponies out there competing to fill the classes that do exist.

Many countries outside Europe have the same dilemma, and I’ve asked for the question to be discussed in regard to global development at the FEI Sports Forum. Perhaps we can brainstorm some ideas about possible solutions. All I know is that when I judged a CDI in France a couple of years ago, and they had more than forty ponies competing at the show, I was green with envy!

Many ponies bring up several generations of children. Ponies are normally sounder and tougher than horses, they are less demanding to keep and they live and serve a long time. An important aspect of riding, especially for kids, is the socializing. Ponies are easier to kid around with and take for romps in the woods, races in the snow, and swims in the lake. They eat birthday cake and refrain from colicking, they have enough sense not to run into the campfire, and they will find their way back to the barn in the dark. In short: They have some self-preservation. The fun has to be kept in the work, even when dressage is on the agenda, and ponies help with that detail.

Anne Gribbons’ COLLECTIVE REMARKS is available from the TSB online bookstore, where shipping in the US is FREE. 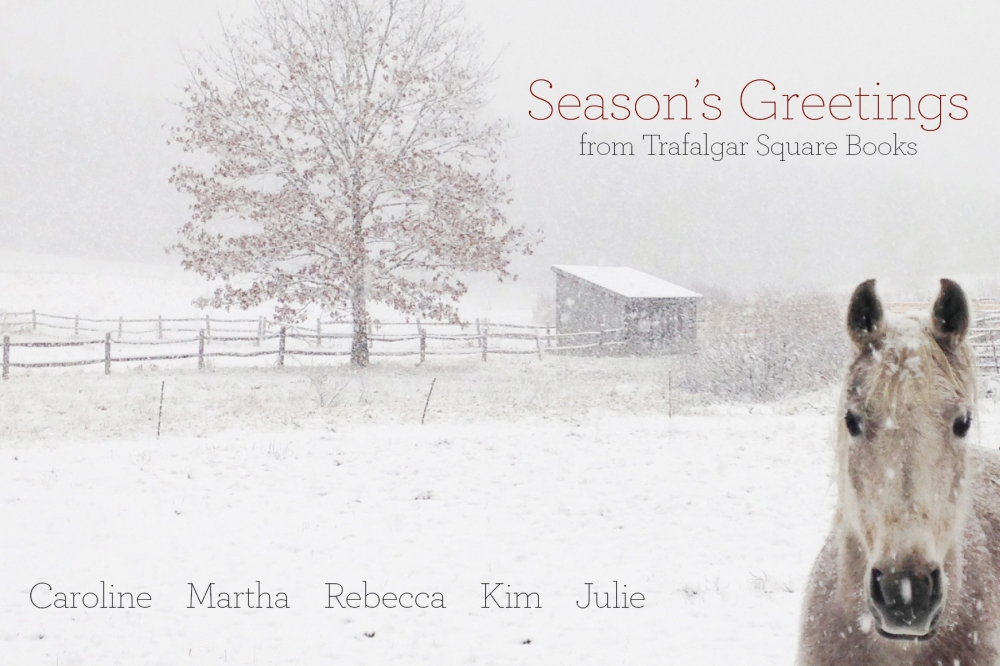 Wishing You a Peaceful Holiday, from the TSB Farm to Yours